Elisabeth: the golden age. Even the greatest actor needs a good script in order to perform his\her best 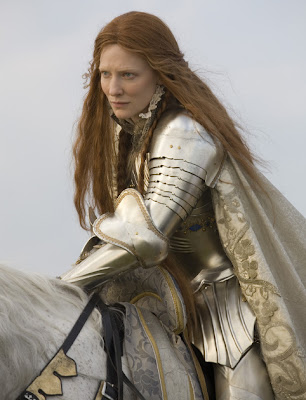 Cate Blanchett goes back to the role that made her famous. Unfortunately what is proven by the : The Golden Age is that even an actress of the magnitude of Cate Blanchett needs a challenging script in order to be able to create a masterpiece.

The film describes the era that ruled . tries to conquer but Elisabeth manages to save her country. In the previous film the spectator watches the course of life of the queen. In the beginning she is an innocent girl optimistic and full of life. When she becomes queen she had to conform to her new role. As the film goes on the queen sacrifices everything to the well-being of her country. She abandons her innocence, the love of her life and eventuality her femininity. She starts as a woman and she ends up a symbol. In the latest film though, the queen has already made her choices and sacrifices. Even if she is temporarily tempted by a man and his exploits to the she knows that she can’t have the man and live her love. In other word the main character does not evolve at all in the duration of the film. The film is slow and pointless failing to convey any meaning. An effort has been made in order to cover the complete void of meaning. in few scenes is presented as a defender of freedom of believes and thinking. She say that she will not condemn and punish her subjects for their beliefs but only for their deeds. Later on when the Spanish ships approach the English coast she declares that they carry the Spanish inquisition and along it the mysticism of the dark ages. The whole film though fails completely to sustain this idea. These two scenes seem to have been added later on just to justify the purpose of the film.

Besides the great costumes and pictures the film is slow with no meaning and completely unimaginative. Too bad for Cate Blanchet. Maybe next she will choose better and make us all talk about her for another time.

Email ThisBlogThis!Share to TwitterShare to FacebookShare to Pinterest
Ετικέτες film of 2007-8

Control: a film mostly for the funs of Ian Kertis and a merely interesting film for the rest of us 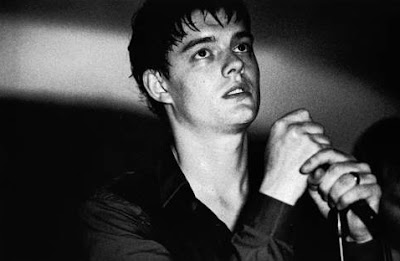 Control is a film on Ian Kertis the singer of Joy Division who killed himself at the age of 23. Ian Kertis is described as a charismatic persona, a modern poet. On the other hand is a troubled figure awkward and strange. He suffered from epilepsy and he had seizures. His illness and his romantic problems eventually led him to suicide.

The film begins at a critical turn of the protagonist’s life. Even though he has promised to his wife that he will leave his mistress he isn’t able to do it. As result his wife tells him she is divorcing him. He is afraid to go on a tour abroad and he feels the pressure of performing on stage more and more heavily. He speaks to himself and admits that he has lost control. The film then goes back to the past reveal how the weird young man manages to seduce his friend’s girlfriend and eventually marry her through words, lyrics. From this point and on the life of Ian Kertis spins faster and faster and eventually it derails to the morning he suicides. He marries, he has a child, he forms a group, he makes a record, he finds a mistress, he becomes famous and eventually dies at the age of 23. A whole life in such a little time. The film tries to justify his suicide. It presents him as a genius bordering madness.

The script and the editing of the film manage to create a narrative that is interesting and keeps the attention of the spectator. The actor Sam Rilay who impersonates Ian kertis manages to imitate incredibly well all the awkward almost spastic body movement of the famous singer. The greatest though advantage of the film is the beautiful and well balanced images that break the limits of cinema and reach the aesthetics of artistic photography. The selection of Black & White film instead of color enhances this impression even though it could be interpreted as an easy way of creating an artistic effect.

Overall the film is a worthwhile effort. A fun of Joy Division would have every reason to be enthusiastic. The film presents in a interesting and artistic way the life of Ian Kertis. As for the rest of us Control is an interesting film a good attempt but nothing really exhilarating.

Email ThisBlogThis!Share to TwitterShare to FacebookShare to Pinterest
Ετικέτες film of 2007-8 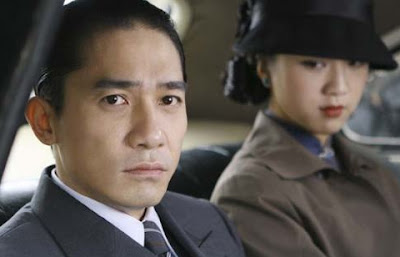 Ang Lee is a director with a rich resume. He has tried to direct films of completely different style and genre and every time he succeeds in creating a film that is over the usual mediocre Hollywood movie. Sense and Sensibility was an interesting well made Era film, Crouching Tiger Hidden Dragon an enchanting fairy tale on Chinese myths and war arts and Brokeback Mountain a revolutionary western. When one is facing a director of the past of Ang Lee one has to expect much from his newest film.
In his last attempt Ang Lee tries to make neo-noir. Lust:caution is on the Chinese Civil War. A young student is recruited by the revolutionists in order to seduce and help in the murder of one of the interrogators of the regime. She manages to become his mistress and gain his trust. In the end though she fells in love with him and warns him. He is forced to order her execution.
The film became infamous before even its first screening due to the audacity of its love scenes. In reality the scenes were not so provocative. They might join eroticism and violence but many other film have already done this in a much more provocative way.
These scenes are a necessary part of the film since its real subject is sex. Many people believe that sex can be separated form feelings. Ang Lee though doesnt seem to share this opinion. His protagonist implores lust and sex in order to trap a man. Even though in the beginning she hates him in the end she fells in love with him. Pleasure and sex manage to create a bond between them that she didn't wished for. She wishes to use sex to trap and by sex and lust she is trapped herself. Therefore Lust is a dangerous weapon it can always backfire bonding you to your enemy.
The photography and the synthesis of the image is quite impressive. It proves that Ang lee is not a random director. The aesthetic pleasure that the spectator can derive form the images though does not cover the fact that the film is slow and too long. It's all meaning and purpose could have been conveyed in a less time.
Αναρτήθηκε από Helen Tragea \ Ελένη Τραγέα στις 8:41 PM No comments: